Please choose an event, or the series of global events on
the 400th anniversary of Shakspere of Stratford's death 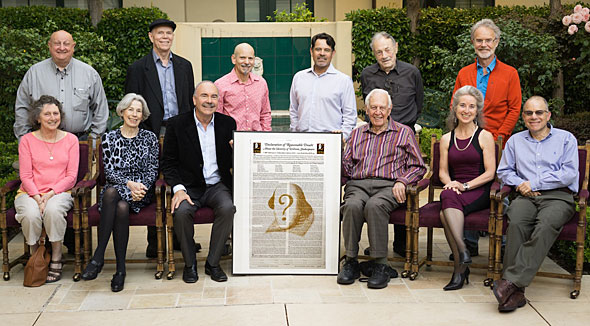 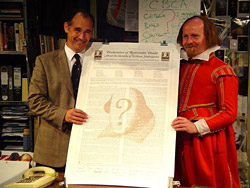 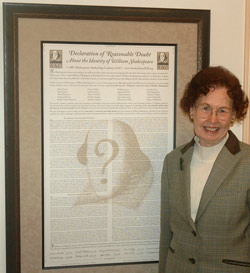 SAC Secretary Virginia J. Renner, former head of Reader Services at the Huntington Library, with her copy of the Declaration, signed by ten Huntington colleagues. 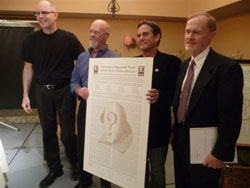