Contrary views: a debate about the Declaration of Reasonable Doubt

On September 27th, 2007, Professor Stanley Wells, Chairman of the Shakespeare Birthplace Trust in Stratford, criticized Mark Rylance, Chairman of the Shakespearean Authorship Trust, and Sir Derek Jacobi for signing the Declaration of Reasonable Doubt in an article in The Stage magazine, reproduced below. After reading Professor Wells' letter, please read Mark's reply, plus a point-by-point rebuttal to Wells' criticisms of the Declaration. 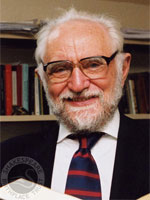 Prof. Stanley Wells, CBE, Chairman of the Shakespeare Birthplace Trust, discusses the authorship of Shakespeare's plays in an article in “The Stage” magazine.

In a career of over fifty years I have constantly read and re-read Shakespeare, studied and taught his life and his works, seen all his plays acted on stage, film and television innumerable times, thought and written about their significance, and edited all of them both for Oxford University Press and for Penguin. During all this time, though I have never seen the slightest reason to doubt his authorship, I have frequently been confronted with the suggestion that they were written, not by William Shakespeare of Stratford-upon-Avon, but by, for instance, Francis Bacon, Christopher Marlowe, the Earl of Oxford — a really horrible piece of work, by the way! — and more recently Sir Henry Neville, Lady Mary Sidney, and, only today, Fulke Greville. I have taken part in debates on the authorship, broadcast about it on radio and on television, and written about it in newspapers and in my own books. In general I have tried to be rational, courteous, and tolerant. Now I have been confronted with a school-boyishly pompous (“We, the undersigned, hereby declare…”) and woolly-minded “declaration of reasonable doubt” prepared by something called the “Shakespeare Authorship Coalition”, signed by close on three hundred persons, and presented by Sir Derek Jacobi and Mark Rylance in conjunction with performances of a play on the topic written by Rylance. I hope I can still be rational and (up to a point) courteous about the subject, but the time for tolerance is over. There is no room for reasonable doubt that William Shakespeare of Stratford-upon-Avon wrote (occasionally, as we are coming to realize, in collaboration with, principally, John Fletcher and Thomas Middleton) the works traditionally ascribed to him, and maybe one or two others.

The evidence is clear. Many of his contemporaries, both during his lifetime and after, named him as the author of one or more of them both in print and in documents that have survived in manuscript. They include, to name but a few, the poets Richard Barnfield and John Weever, the dramatists John Webster and Ben Jonson, the academic Gabriel Harvey, and the writer Francis Meres, who in 1598 not only praised Shakespeare as a poet but also named him as the author of over a dozen plays. Yet the writers of the declaration have the nerve to claim that “Nobody, including literary contemporaries, ever recognized Mr. Shakspere as a writer during his lifetime”! The name William Shakespeare occurs on many title pages of editions of his plays and his Sonnets both during his lifetime and after. In 1623 two of his colleagues published the collection of his plays now known as the First Folio which includes tributes to him as the “sweet swan of Avon” along with a reference to his Stratford monument. The monument itself bears inscriptions comparing the man of Stratford to great figures of classical antiquity and referring to him as a great writer. The anti-Stratfordians waffle on about whether the name is hyphenated or not in apparent ignorance of the flexibility of spelling and printing conventions of the period. They point to the absence of references to books and manuscripts in the will without mentioning that wills of the testators' possessions were accompanied by inventories, and that Shakespeare's, like many others of the period, is lost. They reiterate nonsense about the level of education revealed by the works without reference to the scholarly studies that have shown that this level is entirely within the compass of anyone who had received a grammar school education. They puzzle over the plays' portrayal of aristocratic characters as if for example Christopher Marlowe, son of a cobbler, or Ben Jonson, son of a bricklayer, wrote only about members of their fathers' class. They express astonishment that a man from Stratford could write plays set in Italy as if there were no books to be read, no one to talk with, and as if the power of the imagination did not exist. Sir Derek says that an author “writes about his own experience, his own life and personalities.” Has he never read Midsummer Night's Dream, Alice in Wonderland, or The Lord of the Rings? Not to speak of I, Claudius.

No one doubted Shakespeare's authorship until the late eighteenth-century, and the first serious investigator was Delia Bacon who spent a night in Holy Trinity Church in 1856 intending to open the grave, presumably thinking it might contain a slip of paper saying “It wasn't me, try Christopher, or Francis, or de Vere.” Poor thing, she lost her nerve, came to believe she was the Holy Ghost surrounded by devils, and died in a lunatic asylum. So beware, Mark and Sir Derek! Of course there's a lot we don't know about Shakespeare, of course there are questions we should like to ask, but we know far more about him than about some of his great contemporaries, such as John Webster and John Ford. Actors have much to thank him for, and Rylance and Jacobi are two of the finest Shakespearian actors of their generations. The proper reaction to the fact that Shakespeare of Stratford portrayed a great gallery of people of all kinds and ranks, that he wrote vividly about countries he probably didn't visit, and that he had a supreme understanding of the human heart is not “How could he have done it?” but “How wonderful that he did!”